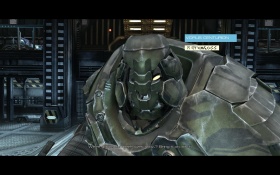 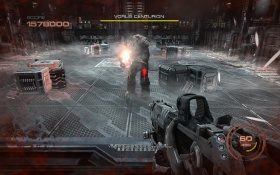 You don't want to be here.

The Vorus Centurion is the first boss of the game. This large piece of alien meat comes equipped with a devastating laser minigun and a large health bar. The Centurion is best dealt with using secondary ammo explosives, as there are a great many secondary ammo packs scattered around the arena. As you whittle the Centurion's health down, he will call one warrior as reinforcement and later on second warrior, so be wary of that. At around half health, the boss will start using incendiary rockets to force the player to move from cover to cover or be burned to a crisp.